Editing a video (*.wmv) without re-encoding

I had a need recently to perform some simple editing of an existing Windows Media Video file (*.wmv). I did not want to re-encode the entire file, I just wanted to remove the first 20 seconds of the video. After some searching, I found the following helpful post:

I did the following to successfully edit the video: 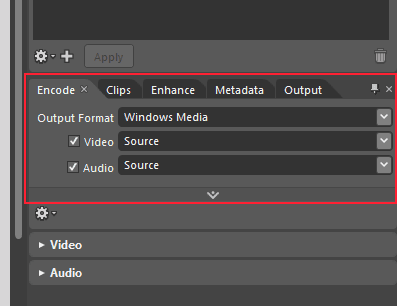 The new *.wmv was automatically saved to:

Posted by Mathew Weaver at 8:31 AM

Email ThisBlogThis!Share to TwitterShare to FacebookShare to Pinterest
Labels: software

Mathew Weaver
I am the Chief Technical Officer at EarthSoft, a software developer and architect, a database designer, a member of the Church of Jesus Christ of Latter Day Saints, a husband of one beautiful wife, and a father of eight wonderful children.